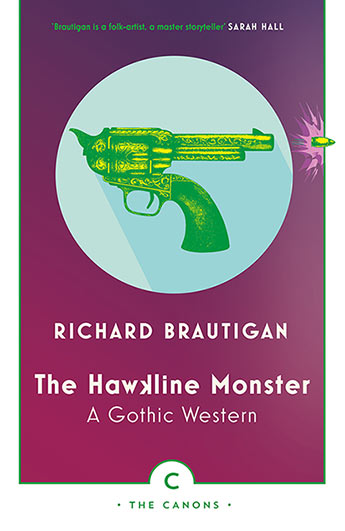 'Brautigan is a folk-artist, a master storyteller' - Sarah Hall

Magic Child, a fifteen-year old Indian girl, wanders into the wrong whorehouse. She is looking for the right men to kill the monster, the monster that lives in the ice caves under the basement of Miss Hawkline's yellow house.

Richard Brautigan takes the reader on a heroic, magical adventure through Eastern Oregon. It confirms his place as one of the twentieth century's most exciting writers.
More books by this author