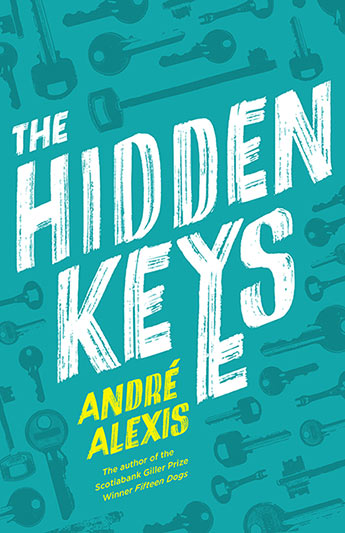 A thief, a junkie and an albino walk into a bar: one comes out dead, one in handcuffs, and the other with millions of dollars ...
A slick, sophisticated mystery from the author of the Giller Prize-winning Fifteen Dogs - questioning what it means to be honourable and faithful in the face of desire.

In the depths of the ill-reputed Green Dolphin bar, Tancred Palmieri, a talented thief with extravagant tastes, encounters Willow Azarian, an aging heroin addict. She reveals to Tancred that her very wealthy father has recently passed away, leaving each of his five children a mysterious object that provides one clue to the whereabouts of a large inheritance. Willow enlists Tancred to steal these objects from her siblings and solve the puzzle.

A Japanese screen, a painting that plays music, an aquavit bottle, a framed poem, and a model of Frank Lloyd Wright's Fallingwater ... Are these really clues, or has Tancred fallen victim to the delusions of a junkie?

Based on a reading of Treasure Island, The Hidden Keys questions what it means to be honourable and faithful in the face of desire.
More books by this author

Andr. Alexis was born in Trinidad and grew up in Canada. His debut novel, Childhood, won the Books in Canada First Novel Award, the Trillium Book Award, and was shortlisted for the Giller Prize and the Writers' Trust Fiction Prize. His previous books include Asylum, Beauty and Sadness, Ingrid & the Wolf, and, most recently, Pastoral, which was also nominated for the Rogers Writers' Trust Fiction Prize.
His latest novel, Fifteen Dogs, won the prestigious Scotiabank Giller Prize, awarded annually to the best Canadian fiction book.