The In-Between World of Vikram Lall 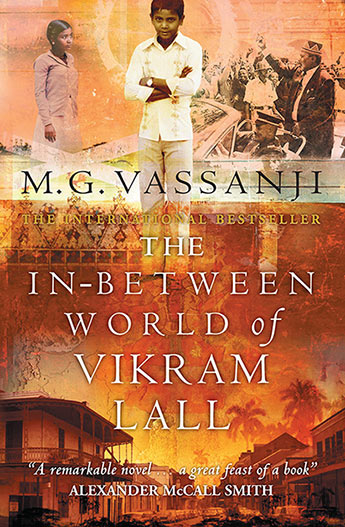 Winner of the Giller Prize: sweeping in scope, both historically and geographically, Vassanji weaves a rich tapestry of vivid characters, real and imagined, in a Kenya poised between colonialism and independence.

Sweeping in scope, both historically and geographically, Vassanji weaves a rich tapestry of vivid characters, real and imagined, in a Kenya poised between colonialism and independence.

Vikram Lall, like his adopted country, inhabits an 'in-between world': between the pull of his ancestral home in India and the Kenya he loves passionately; between his tragic past in Africa and an unclear future in Canada; between escape from political terror and a seemingly inevitable return home. a return that may cost him dearly.

A master storyteller, Vassanji intertwines the political and the personal - the rise of the Mau Mau in the last days of imperialism looms large over a plot centring on two love stories and a deep friendship. The result is a sumptuous novel that brilliantly explores the tyranny of history and memory, and questions the individual's role and responsibility in lawless times.
More books by this author

Moyez Vassanji is the author of five acclaimed novels: The Gunny Sack which won a regional Commonwealth Writers' Prize; No New Land; The Book of Secrets, which won the very first Giller Prize; Amiriika; and The In- Between World of Vikram Lall, which also won the Giller Prize. He lives in Toronto.