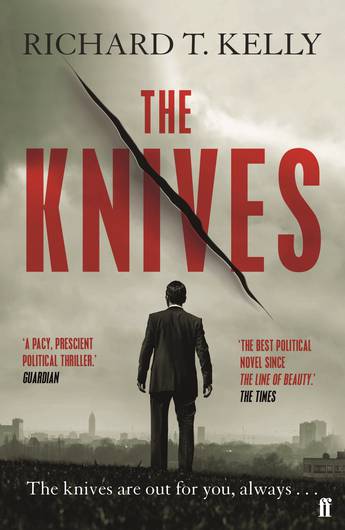 Richard T Kelly returns to the broad canvas of his acclaimed debut Crusaders with a vividly detailed and dramatically powerful novel of our times.

'The knives are out for you, always. But that is the mission you accepted, David. So you have to face the knives, with fortitude. Just as we ask of the great British public...'

As Home Secretary in Her Majesty's Government, David Blaylock's daily work involves the control of Britain's borders, the oversight of her police force, and the struggle against domestic terror threats. Some say the job is impossible; Blaylock insists he is tough enough. But around Westminster the gossip-mongers say his fiery temper is a liability.

An ex-soldier from a modest background, Blaylock has a life story that the public respects. Privately, though, he carries pain and remorse - over some grievous things he saw in the army, and his estrangement from an ex-wife and three children for whom he still cares. A solitary figure in a high-pressure world, with no place to call home, Blaylock is never sure whom he can trust or whether his decisions are the right ones. Constantly in his mind is the danger of an attack on Britain's streets. But over the course of one fraught autumn Blaylock finds that danger moving menacingly closer to his own person.
More books by this author

Richard T Kelly is the author of the novels Crusaders (2008) and The Possessions of Doctor Forrest (2011). Eclipse, his first script for television, aired on Channel 4 in 2010. He has written several studies of filmmakers: Alan Clarke (1998), The Name of this Book is Dogme 95 (2000), and the authorized biography Sean Penn: His Life & Times (2004). In 2007 he edited Ten Bad Dates with De Niro: A Book of Alternative Film Lists. He blogs at http://richard-t-kelly.blogspot.com.