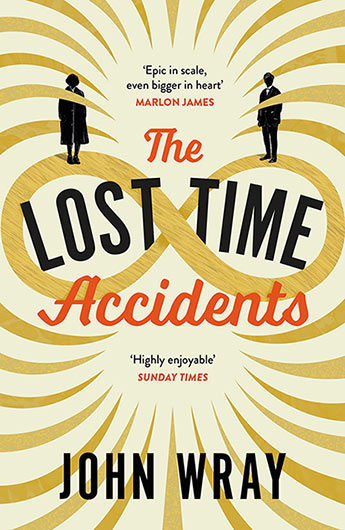 This year's Big American Novel is a high-concept epic that races through one family's experience of the twentieth century.

The Lost Time Accidents is a bold and epic saga set against the greatest upheavals of the twentieth century.

Haunted by a failed love affair and the darkest of family secrets, Waldemar 'Waldy' Tolliver wakes one morning to discover that he has been exiled from the flow of time. The world continues to turn, and Waldy is desperate to find his way back. In his ambitious and fiercely inventive new novel, John Wray takes us from turn-of-the-century Viennese salons buzzing with rumours about Einstein's radical new theory to the death camps of the Second World War, from the golden age of post-war pulp science fiction to a startling discovery in a modern-day Manhattan apartment packed to the ceiling with artefacts of contemporary life.
More books by this author

John Wray is also the author of Lowboy, Canaan's Tongue, and The Right Hand of Sleep. The recipient of a Guggenheim Fellowship, a Whiting Writers' Award, and a Mary Ellen von der Heyden Fellowship from the American Academy in Berlin, he was named one of Granta's Best Young American Novelists in 2007. A citizen of both the United States and Austria, he lives in New York City.