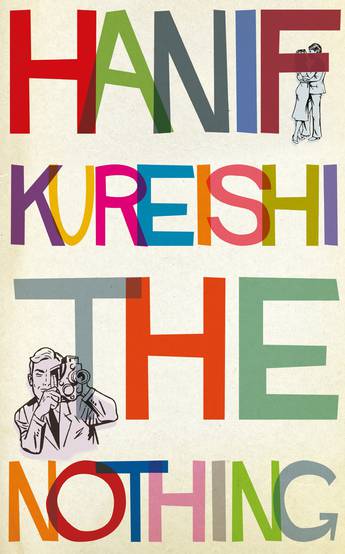 The Nothing is Hanif Kureishi's powerful new work: a tense and captivating exploration of lust, helplessness, and deception.

One night, when I am old, sick, right out of semen, and don't need things to get any worse, I hear the noises growing louder. I am sure they are making love in Zenab's bedroom which is next to mine.

Waldo, a feted filmmaker, is confined by old age and ill health to his London apartment. Frail and frustrated, he is cared for by his lovely younger wife, Zee. But when he suspects that Zee is beginning an affair with Eddie, 'more than an acquaintance and less than a friend for over thirty years,' Waldo is pressed to action: determined to expose the couple, he sets himself first to prove his suspicions correct - and then to enact his revenge.

Written with characteristic black humour and with an acute eye for detail, Kureishi's eagerly awaited novella will have his readers dazzled once again by a brilliant mind at work.
More books by this author

Hanif Kureishi grew up in Kent and studied philosophy at King's College London. His novels include The Buddha of Suburbia, which won the Whitbread Prize for Best First Novel, The Black Album, Intimacy, and The Last Word. His screenplays include My Beautiful Laundrette, which received an Oscar nomination for Best Screenplay, Sammy and Rosie Get Laid and Le Week-End. He has also published several collections of short stories .Kureishi has been awarded the Chevalier de l'Ordre des Arts et des Lettres, the PEN/Pinter Prize, and is a Commander of the Order of the British Empire. His work has been translated into thirty-six languages. He is professor of Creative Writing at Kingston University.