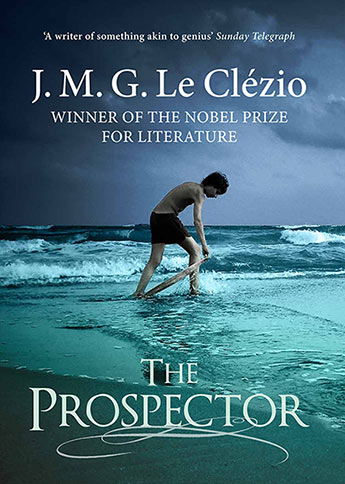 A haunting, lyrical and mythic novel of a man haunted by visions of his ideal childhood, from the winner of the 2008 Nobel Prize for literature, J. M. G. Le Clezio.

On the isle of Mauritius at the turn of the century the young Alexis L'Etang enjoys an idyllic existence with his parents and beloved sister - sampling the pleasures of privilege, exploring the onstellations and tropical flora, and dreaming of treasure buried long ago by the Unknown Corsair. But with his father's death, Alexis must leave his childhood paradise and enter the harsh world of privation and shame.

Years later, Alexis has become obsessed with the idea of finding the Corsair's treasure; and through it, the lost magic and opulence of his youth. He abandons job and family, setting off on a quest that will take him from the remote tropical islands to the hell of the First World War, and from a love affair with the mysterious Ouma to a momentous confrontation with the search that has consumed his life.

By turns harsh and lyrical, pointed and nostalgic, The Prospector is a 'parable of the human condition' (Le Monde) by one of the most significant literary figures in Europe today.
More books by this author

J.M.G. Le Clezio was born on 13 April 1940 in Nice and was educated at the University College of Nice and at Bristol and London universities. Since publication of his first novel, The Interrogation, he has written over forty highly acclaimed books, while his work has been translated into thirty-six languages. He divides his time between France (Nice, Paris and Brittany), New Mexico and Mauritius. In 2008 he was awarded the Nobel Prize for Literature.