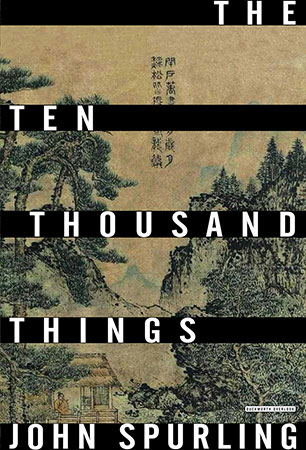 On the cusp of the Ming Dynasty, this sweeping historical novel is set in China in the final days of the Mongol Conquerors

In the turbulent final years of the Yuan Dynasty, Wang Meng is a low-level bureaucrat, employed by the government of Mongol conquerors established by the Kublai Khan. Though he wonders about his own complicity with this regime, he prefers not to dwell on his official duties, choosing instead to live the life of the mind. Wang is an extraordinarily gifted artist. His paintings are at once delicate and confident; in them, one can see the wind blowing through the trees, the water rushing through rocky valleys, the infinite expanse of China's natural beauty.

But this is not a time for sitting still and, as The Ten Thousand Things unfolds, we follow Wang as he travels through an empire in turmoil. In his wanderings, he encounters, among many memorable characters, other master painters of the period, a fierce female warrior known as the White Tigress who will recruit him as a military strategist, and an ugly young Buddhist monk who rises from beggary to extraordinary heights.

In The Ten Thousand Things, John Spurling endows every description - every detail - with the precision and depth that the real-life Wang Meng brought to his painting. But it is also a novel of fated meetings, grand battles and riveting drama, and in its seamless fusion of the epic and the intimate, it deserves to be compared to the classic Chinese novels that partly inspired it.
More books by this author

John Spurling is the author of the novels The Ragged End, After Zenda and A Book of Liszts. He is a prolific playwright, whose plays have been performed on television, radio and stage, including at the National Theatre. Spurling is a frequent reviewer and was for twelve years the art critic of the New Statesman. He lives in London and Arcadia, Greece, and is married to the biographer Hilary Spurling.