Towards the End of the Morning 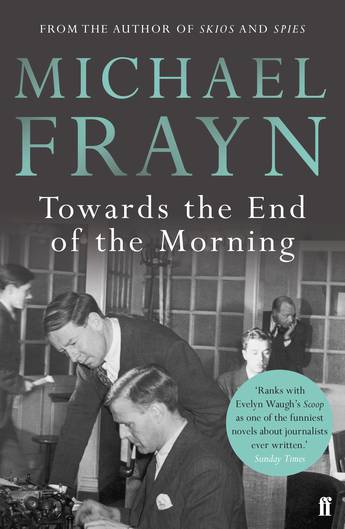 A brilliantly comic drama about an ambitious journalist who works for an obscure national newspaper during the declining years of Fleet Street.

Michael Frayn's classic is set in the crossword and nature notes department of an obscure national newspaper during the declining years of Fleet Street, where John Dyson dreams wistfully of fame and the gentlemanly life - until one day his great chance of glory at last arrives.
More books by this author

Michael Frayn was born in London in 1933 and began his career as a journalist on the Guardian and the Observer. His novels include Towards the End of the Morning, The Trick of It and A Landing on the Sun. Headlong (1999) was shortlisted for the Booker Prize and Spies (2002) won the Whitbread Best Novel Award. His most recent novel, Skios, was longlisted for the Booker Prize. His fifteen plays range from Noises Off to Copenhagen and, most recently, Afterlife. He is married to the writer Claire Tomalin.