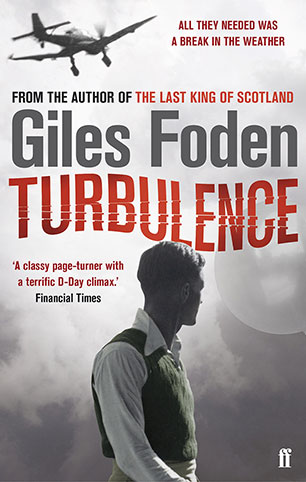 From Giles Foden, prize-winning author of The Last King of Scotland, a gripping blend of fact and fiction in a novel about the D-Day landings.

The D-day landings - the fate of 2.5 million men, 3000 landing craft and the entire future of Europe depends on the right weather conditions on the English Channel on a single day. A team of Allied scientists is charged with agreeing on an accurate forecast five days in advance. But is it even possible to predict the weather so far ahead? And what is the relationship between predictability and turbulence, one of the last great mysteries of modern physics?

Wallace Ryman has devised a system that comprehends all of this - but he is a reclusive pacifist who stubbornly refuses to divulge his secrets. Mark Latchford, a young maths prodigy from the Met Office, is sent to Scotland to discover Ryman's system and apply it to the Normandy landings. But turbulence proves more elusive than anyone could have imagined and events, like the weather, begin to spiral out of control.
More books by this author

Giles Foden, who grew up in Africa, was for three years an assistant editor of the Times Literary Supplement and then joined the staff of the Guardian. In 1998 Foden won the Whitbread First Novel Award for the Last King of Scotland, which was later made into a feature film; this was followed in 1999 by Ladysmith. In 2007 he was appointed Professor of Creative Writing at the University of East Anglia. He lives in Norfolk.