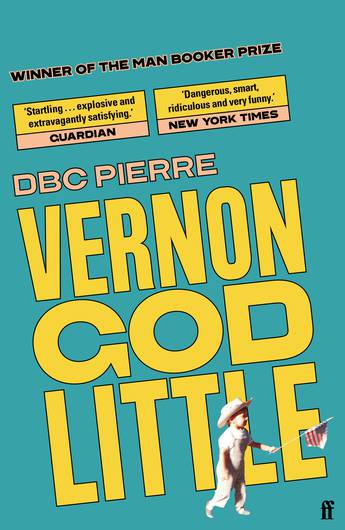 Winner of the Man Booker Prize 2003: Fifteen-year-old Vernon Gregory Little is in trouble, and it has something to do with the recent massacre of 16 students at his high school ...

News of the tragedy serves as open invitation to the media and soon the quirky backwater of Martirio is flooded with wannabe CNN hacks all too keen to lay the blame for the killings at Vernon's feet.

Eulalio Ledesma, in particular, sniffs out his opportunity to make good at Vernon's expense and soon Vernon finds himself drawn into a series of increasingly bizarre (to say nothing of life-threatening) circumstances. Eventually, with the LSD safely deposited and diluted in the ginseng, he succumbs to the workings of Fate and takes off for Mexico and a date - or so he hopes - with the divine Taylor.
More books by this author

DBC Pierre was born in Reynella, South Australia. He was raised in Mexico between the ages of seven and twenty-three, although he has also travelled extensively. DBC Pierre has worked as a designer and cartoonist, and currently lives in County Leitrim, Ireland. Vernon God Little, his first novel, won the 2003 Bollinger Everyman Woodhouse Award, the Whitbread Prize for Best First Novel, and the 2003 Man Booker Prize. He is the author of Ludmila's Broken English (2006) and Lights Out in Wonderland.