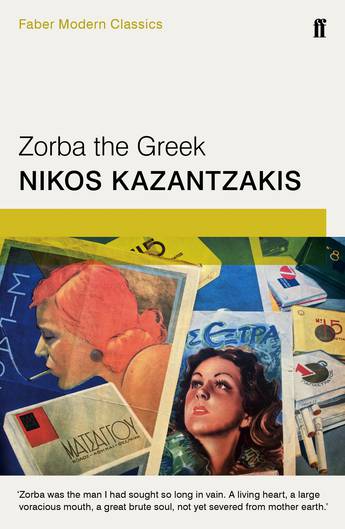 A 20th century classic: Nikos Kazantzakis' Zorba the Greek is the original work of inspirational fiction.

Set before the start of the First World War, this moving fable sees a young English writer set out to Crete to claim a small inheritance. But when he arrives, he meets Alexis Zorba, a middle-aged Greek man with a zest for life. Zorba has had a family and many lovers, has fought in the Balkan wars, has lived and loved - he is a simple but deep man who lives every moment fully and without shame. As their friendship develops, the Englishman is gradually won over, transformed and inspired along with the reader.

Zorba the Greek, Nikos Kazantzakis' most popular and enduring novel, has its origins in the author's own experiences in the Peleponnesus in the 1920s. His swashbuckling hero has legions of fans across the world and his adventures are as exhilarating now as they were on first publication in the 1950s.
More books by this author

Nikos Kazantzakis was born in 1883 in Herakleion on the island of Crete. He didn't start writing novels until he was almost 60 and completed his most famous work, Zorba the Greek, in 1946. Other novels include Freedom and Death (1953) and The Last Temptation (1954), which the Vatican placed on the Index. Nikos Kazantzakis finally settled in Antibes with his second wife, and died there from leukaemia in October 1957.