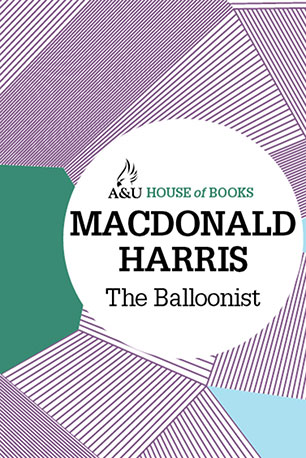 An adventure story about an expedition by balloon to the North Pole in 1897.

In 1897, three adventurers gather to do what others have tried and failed to do - navigate their balloon, The Prinzess, to the North Pole and return. As they voyage, the narrator, Major Gustav Crispin, is haunted by thoughts of the beautiful, impetuous Luisa.

The story is a deliciously entertaining mix of adventure, sexual intrigue, philosophy and science. Harris based his story on an actual attempt by three Swedish explorers to reach the pole by balloon in 1897.

MacDonald Harris wrote The Balloonist in the 1970s and it was published with huge acclaim in 1976. Indeed it was runner-up in the National Book Award fiction prize the following year. Then, in the 1980s, it disappeared into obscurity and remained there until Philip Pullman sang its praises in The Observer in 2008.

Donald Heiney was born in 1921 in California.

He wrote sixteen novels, all strikingly different, under the pseudonym MacDonald Harris, a non-fiction book on sailing, and a large number of scholarly books on comparative literature. In 1982 he received the Award in Literature from the American Academy of Arts and Sciences for his entire body of work, and in 1985 he received a Special Achievement Award from the PEN Los Angeles Center.

His interests included sailing, Arctic exploration and music. He died in 1993.