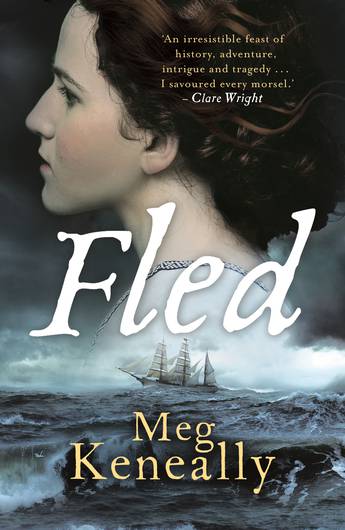 Highway robber. Convict. Runaway. Mother. She will do anything for freedom, but at what cost?

Jenny Trelawney is no ordinary thief. Forced by poverty to live in the forest, she becomes a successful highwaywoman – until her luck runs out.

Transported to Britain’s furthest colony, Jenny must tackle new challenges and growing responsibilities. And when famine hits the new colony, Jenny becomes convinced that those she most cares about will not survive. She becomes the leader in a grand plot of escape, but is survival any more certain in a small open boat on an unknown ocean?

Meg Keneally’s debut solo novel is an epic historical adventure based on the extraordinary life of convict Mary Bryant.
More books by this author More books in this series

Meg Keneally worked as a public affairs officer, sub-editor, freelance feature writer, reporter, and talkback radio producer, before co-founding a financial service public relations company, which she then sold after having her first child. For more than ten years, Meg has worked in corporate affairs for listed financial services companies, and doubles as a part-time Scuba diving instructor. She is co-author with Tom Keneally of The Soldier's Curse and The Unmourned, the first two books in The Monsarrat Series. Fled is her first solo novel. She lives in Sydney with her husband and two children.