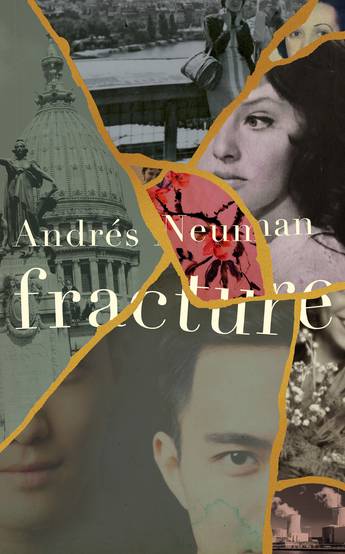 A remarkable, sweeping novel about collective trauma, memory and love set in the aftermath of the recent Japanese earthquake.

In 2011, Mr Watanabe, a Japanese electronics executive, is in Tokyo when the earthquake that precedes the Fukushima nuclear disaster strikes. In the aftermath, he fins himself on a journey to Fukushima, a tourist of the current day tragedy that mimics his own experiences of World War II.

For Mr Watanabe is one of the few double hibakusha, a survivor of the atomic bombs dropped in Hiroshima and Nagasaki in 1945. The earthquake shifts his and others memories of those events. Meanwhile, four women based in Paris, New York, Buenos Aires, and Madrid tell their own stories of knowing and loving Mr Watanabe, a victim of one of the largest collective traumas of the last century.

A sweeping novel written with intimacy and compassion, Fracture encompasses some of the most urgent political, social and environmental questions of contemporary life, about collective trauma, memory and love. Already a sensation in Spain, it is major work of imagination from the prize-winning and highly acclaimed Argentinian author.
More books by this author

Andres Neuman's novel Traveller of the Century (2011) (El Viajero Del Siglo) won the Alfaguara Prize and the National Critics Prize, and was shortlisted for the International Dublin Literary Award and the Independent Foreign Fiction Prize. Talking to Ourselves (2012) (Hablar Solos) was longlisted for the Dublin, and shortlisted for the Oxford-Weidenfeld Translation Prize. Andres was named one of the original Bogota39, and later among GRANTA's Best of Young Spanish-Language Novelists. He was born in Buenos Aires and now lives in Granada, Spain.