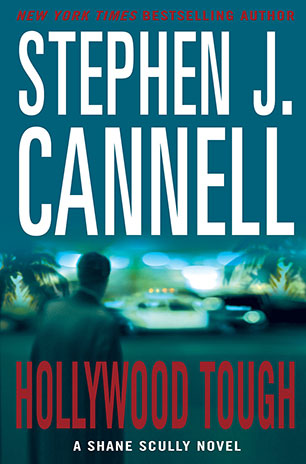 Praise for The Viking Funeral

Nail-biting suspense and multiple surprises keep the reader guessing and sweating right up to the cinematic ending.' Publishers Weekly

Praise for The Tin Collectors

It thrills as a thriller should . . . edge-of-the-seat reading.' Los Angeles Times

Cannell's brand of thriller is served straight up and knows how to cut to the chase.' New York Times

Detective Shane Scully is back in the good graces of the LAPD, hailed as a hero after bringing down a deadly gang of rogue cops in The Viking Funeral. At a glamorous Hollywood party with his wife, Alexa, Shane overhears a famous producer make a suspicious remark about the strange deaths of his two ex-wives. Is he serious or merely joking around with his coterie of hangers-on? This becomes more than just police business, because the party is to celebrate the engagement of the producer to Alexa's closest friend.

When he looks closer, Scully discovers that the man's mysterious past may hide deadly secrets. To uncover them he must work alongside a high-profile wiseguy to infiltrate the movie business' violent dark side a world where deals are settled with handshakes but broken with the spilling of blood, and where the danger to Scully's loved ones is all too real.

In his illustrious career Stephen J. Cannell has created such TV hits as The Rockford Files, The A-Team, 21 Jump Street and The Commish. Shane Scully also stars in Cannell's other bestselling novels The Viking Funeral and The Tin Collectors. He lives in Los Angeles with his wife and children.
More books by this author

In his illustrious career the Emmy award-winning writer/producer Stephen J Cannell has created such TV hits as The Rockford Files, The A-Team, 21 Jump Street and The Commish. His bestselling novels include The Plan, Final Victim, King Con, The Tin Collectors and The Viking Funeral.