Magnus and the Crossroads Brotherhood 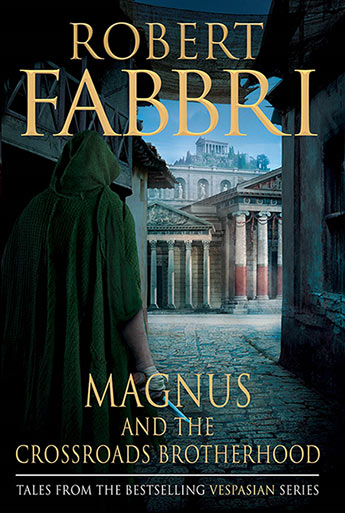 Marcus Salvius Magnus, leader of the Southern Quirinal Crossroads Brotherhood, has long dominated his part of Rome's criminal underworld. From rival gangs and unpaid debts to rigged chariot races and blood feuds - if you have a problem, Magnus is the man to solve it. He'll do everything in his power to preserve his grip on the less-travelled back alleys of Rome, and of course, make a profit.

But while Magnus inhabits the underbelly of the city, his patron, Gaius Vespasius Pollo, moves in a different circle. As a senator, he needs men like Magnus to do his dirty work as he manoeuvres his way deeper into the imperial court...

In these thrilling tales from the bestselling Vespasian series, spanning from the rule of Tiberius through the bloody savagery of Caligula to the coming of Nero, Robert Fabbri exposes a world of violence, mayhem and murder that echos down the ages.
More books by this author More books in this series

Robert Fabbri read Drama and Theatre at London University and has worked in film and TV for 25 years as an assistant director. He has worked on productions such as Hornblower, Hellraiser, Patriot Games and Billy Elliot. His life-long passion for ancient history inspired him to write the Vespasian series. He lives in London and Berlin.