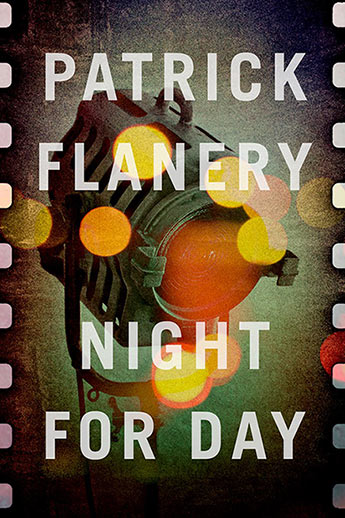 A feverish vision of McCarthy-era Hollywood...

Los Angeles, 1950. Over the course of a single day, two friends grapple with the moral and professional uncertainties of the escalating Communist witch-hunt in Hollywood. Director John Marsh races to convince his actress wife not to turn informant for the House Committee on Un-American Activities, while leftist screenwriter Desmond Frank confronts the possibility of exile to live and work without fear of being blacklisted. As Marsh and Frank struggle to complete shooting on their film She Turned Away, which updates the myth of Orpheus to the gritty noir underworld of post-war Los Angeles, the chaos of their private lives pushes them towards a climactic confrontation with complicity, jealousy, and fear.

Night for Day conjures a feverish vision of one of the country's most notorious periods of national crisis, illuminating the eternal dilemma of both art and politics: how to make the world anew. At once a definitively American novel, echoing Philip Roth and Raymond Chandler, it also nods to the mythic landscapes of Dante and the iconoclastic playfulness of James Joyce. With as much to say about the early years of the Cold War as about the political and social divisions that continue to divide the country today, Night for Day is expansive in scope and yet tenderly intimate, exploring the subtleties of belonging and the enormity of exile - not only from one's country but also from one's self.
More books by this author

Patrick Flanery is an American writer living in London. His first novel won the Spear's/Laurent Perrier Best First Book Award and was shortlisted for the International IMPAC Dublin Literary Award, the Flaherty-Dunnan First Novel Prize, the Royal Society of Literature Ondaatje Prize, the Authors' Club Best First Novel Award, and the Prix du Premier Roman Etranger in France; it was longlisted for the Guardian First Book Award and the Desmond Elliott Prize. It has been translated into eleven languages. His second novel, Fallen Land, was published in 2013. His third novel, I Am No One, was published in 2016.

He is Professor of Creative Writing at Queen Mary University of London.