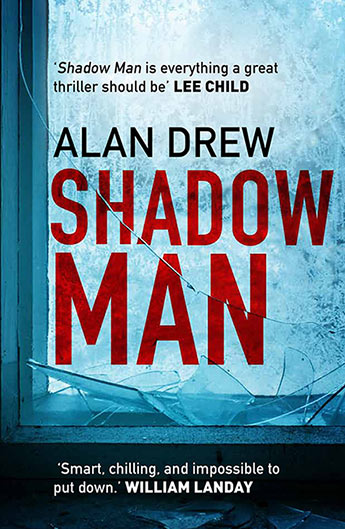 An explosively powerful novel of psychological suspense about an idyllic community rocked by a serial killer - and a dark secret. 'Wonderfully imagined and wonderfully written ... everything a great thriller should be ...' - Lee Child

Southern California, 1986. Detective Ben Wade has returned to his California home town for a quieter life. Suddenly, this unassuming community finds itself at the mercy of a serial killer, a psycho who slips through windows and screen doors, shattering illusions of safety.

As Ben and forensic specialist Natasha Betencourt struggle to stay one step ahead of the serial killer, Ben's own world is rocked again by a teen's suicide. Ben must decide how far he is willing to go, and how much he will risk, to rescue the town from a long buried secret, as well as from a psychotic serial killer.

With eerie, chilling prose, Alan Drew brings us into the treacherous underbelly of a suburban California town in this brilliant novel of suspense; the story of a man, and a community, confronted with the heart of human darkness.
More books by this author

Alan Drew is the author of Shadow Man, a literary thriller. His critically acclaimed debut novel, Gardens of Water, has been translated into ten languages and published in nearly two-dozen countries. He is a graduate of the Iowa Writers' Workshop, where he was awarded a Teaching/Writing Fellowship. An Associate Professor of English at Villanova University where he directs the creative writing program, he lives near Philadelphia with his wife and two children. Learn more about his books at www.alan-drew.com.