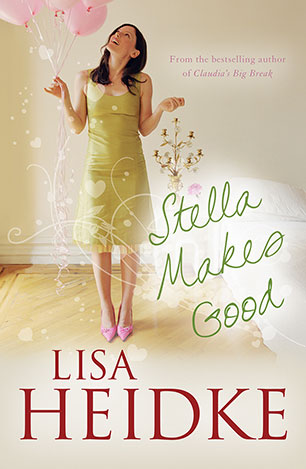 Can mother-of-two, Stella forge a new life for herself after the end of her marriage? A funny and insightful novel about love, friendship and the quest for happiness.

Stella Sparks is on good terms with her ex-husband, Terry, despite the fact he left her for another woman. Stella's philosophical - the marriage had run its course, they remain friends and the wellbeing of their kids is central to both of them.

Stella's two closest friends, Carly and Jesse, envy her togetherness and wish they could emulate it. Jesse's husband, Steve, is a control freak who's driving her crazy, but she has two small children and can't see a way out. Carly, meanwhile, suspects her husband is having an affair and isn't sure what to do about it.

Stella's life takes a distinctly upward turn when she meets a handsome, apparently single - no ring, anyway - father at her son's school speech night. For Carly and Jesse, however, the search for happiness and fulfilment proves more elusive.

With a healthy dose of humour and romance Stella Makes Good is about the games we play, the secrets we keep, the unpredictable nature of life and the importance of female friendship.

Lisa Heidke studied journalism at Queensland University, fled Brisbane and settled in Sydney where she landed a job as an acquisitions editor in book publishing. After a while she swapped book publishing for magazine publishing, working as a feature writer on several national magazines, including Practical Parenting and Bride to Be.

After many years living in Sydney's inner west, Lisa woke up one morning to find herself married with three children and living on the North Shore-much to her surprise and sometimes horror.