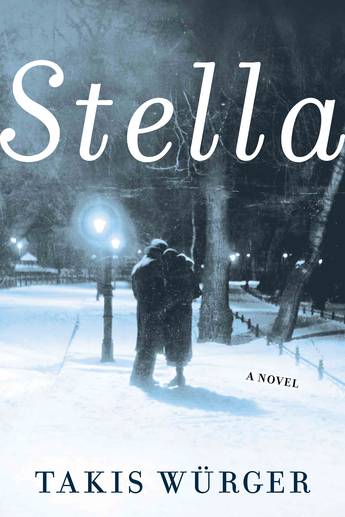 From the internationally bestselling author of The Club comes a new novel of love and betrayal, set in Berlin in 1942.

In 1942, Fritz, an even-tempered and unworldly young man, arrives in Berlin from bucolic Switzerland, seeking refuge from his alcoholic mother and dreaming of becoming a brilliant artist. At a free figure drawing class at the Feige and Strassburger art school, he is hypnotized by the beautiful model, Kristin, who becomes his guide to the bustling and cosmopolitan city, escorting him to secret jazz clubs where they drink cognac, dance, and kiss. As Fritz falls in love with the energetic and enigmatic Kristin, the war feels far away, but the Nazis are increasingly taking control over the intimate lives of German residents, the Gestapo arresting and killing anyone who shows opposition to their ideology.

Kristin is targeted by the Gestapo, and despite her seemingly carefree life, she has good reason to be afraid: her real name is Stella Goldschlag, and she is Jewish, passing as Aryan. As Fritz is forced to confront the reality of Stella's situation, and the unimaginable decisions she is making in order to protect those close to her, he finds himself woefully unprepared for the history he is living through.

Stella sets a tortured love story against the backdrop of wartime Berlin, and is a powerful exploration of naivete, young love, betrayal and the horrors of history.
More books by this author

Takis Wurger is a reporter for the German news magazine Der Spiegel. Named one of Medium's 'Top 30 Journalists under 30,' his first novel, The Club, won the lit.Cologne debut prize in Germany.

Liesl Schillinger is a literary critic, writer and translator, and teaches journalism and criticism in New York City. In 2017 she was named a Chevalier of the Order of Arts and Letters of France