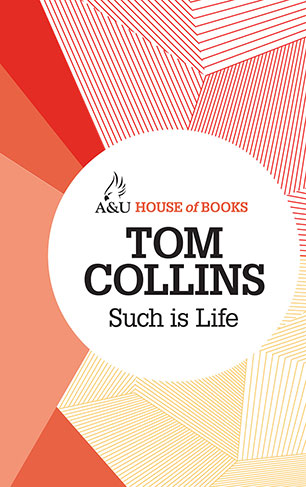 An Australian classic, first published in 1903. Described by its author as of 'temper democratic; bias, offensively Australian', Such is Life gives an illuminating portrait of humanity and of Australia.

'Such is life,' said Ned Kelly on the scaffold, kindly providing a title for this 'offensively Australian' classic: the splendidly farcical, tragical reminiscences of Tom Collins, philosopher and rogue.

As he drives his bullock team across the plains of the Riverina and Northern Victoria, Tom becomes wildly entangled in the fate of others - like Rory O'Halloran, the two Alfs (Nosey and Warrigal), Mrs Beaudesart and Hungry Buckley of Baroona - recreating the humour, the pathos and the irony he knew as part of life in the bush. This is the tough-talking, law-dodging world of the 1880s, where swagmen and bullockies sleep out under the stars with 'grandeur, peace and purity above; squalor, worry and profanity below'.

These inspired yarns are woven into one of the greatest books of Australian literature, combining a genius for story-telling with a wry wit and a deep feeling for the harsh sun-baked land and the people who worked it.

'Tom Collins', a slang byword for the source of all rumours, was the pseudonym adopted by Joseph Furphy. The son of Protestant Irish immigrants, he was born at Yering Station, Victoria, in 1843. As a boy, he helped his father work the land, and later became a goldminer, labourer and farmer before running bullock drays in remote south-west New South Wales for seven years with his wife and children.

After drought and illness wiped out his two bullock teams, Furphy began working at a foundry in Shepparton, Victoria, owned by his brother. There he began writing for The Bulletin. His masterpiece, Such is Life, was submitted to them in 1897 and published in 1903.