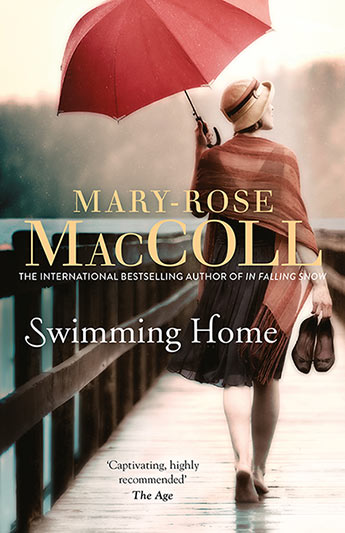 In London in the mid-1920s, a young Australian and her aunt are each on a journey of self-discovery -- one by attempting to swim the English Channel the other to rediscover the woman she used to be. From the bestselling author of In Falling Snow.

'A bittersweet, touching novel that ends with an uplifting element of hope.' -- Monique Mulligan


It's 1925 and fifteen-year-old Catherine Quick longs to swim once more in the warm waters of her tropical island home. But in London, where she now lives with her aunt Louisa, Catherine feels that everything she values has been stripped away.

Louisa, a busy, confident London surgeon, holds definite views on the behaviour of her young niece, but since Catherine's arrival Louisa's every step seems to be wrong. Louisa is troubled by painful memories from her past.

It takes the influence of enigmatic American banker to convince Louisa to come to New York to join the first women in the world to swim the English Channel. It is here, unexpectedly, that Louisa can finally listen to what her own heart tells her.

'MacColl succeeds in bringing all the various places to life . . . A highly engaging read.' -- Historical Novel Society
More books by this author

Mary-Rose MacColl's first novel, No Safe Place, was runner-up in the 1995 Australian/Vogel's literary award. Her first non-fiction book, The Birth Wars, was a finalist in the 2009 Walkley Awards. Her fourth novel, In Falling Snow, told a story about the hospital established by Scottish women doctors in an old abbey near Paris in World War I. Swimming Home, which followed, is about the first women to swim the English Channel. It won the People's Choice Award at the 2016 Queensland Literary Awards. Mary-Rose MacColl's most recent book is For a Girl, which tells a story from her own young life. It was shortlisted in the 2017 Queensland Literary awards and the Victorian Premier's Literary awards. Her sixth novel, The True Story of Maddie Bright, will be published in April 2019.