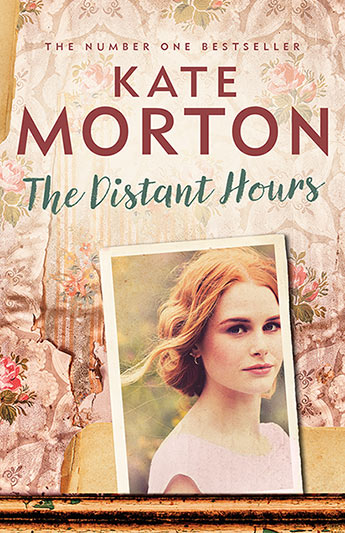 The discovery of a long-lost letter reveals an old secret and the truth behind a woman's mysterious past in the best-selling novel from international publishing sensation, Kate Morton, author of The Shifting Fog and The Forgotten Garden.

Edie Burchill and her mother have never been close, but when a long-lost letter arrives one Sunday afternoon with the return address of Milderhurst Castle, Kent, Edie begins to suspect that her mother's emotional distance masks an old secret.

As a thirteen-year-old World War Two evacuee, Edie's mother was chosen by the mysterious Juniper Blythe, and taken to live at Milderhurst Castle with the Blythe family: Juniper, her twin sisters and their father, Raymond, author of the 1918 children's classic The True History of the Mud Man. In the grand and glorious Milderhurst Castle, a new world opened up for Edie's mother. She discovered the joys of books and fantasy and writing, but also, ultimately, their dangers.

Fifty years later, as Edie chases the answers to her mother's riddle, she, too, is drawn to Milderhurst Castle and the eccentric Sisters Blythe. Inside the decaying castle, Edie begins to unravel her mother's past. But there are other secrets hidden in the stones of Milderhurst Castle, and Edie is about to learn more than she expected.

The truth of what happened in the distant hours has been waiting a long time for someone to find it.

KATE MORTON grew up in the mountains of south-east Queensland. She has degrees in dramatic art and English literature, specialising in nineteenth- century tragedy and contemporary gothic novels. Kate Morton has sold over 10 million copies in 33 languages, across 40 countries. The Shifting Fog, published internationally as The House at Riverton, The Forgotten Garden, The Distant Hours, The Secret Keeper and The Lake Househave all been number one bestsellers around the world.

You can find more information about Kate Morton and her books at katemorton.com or on her Facebook and Instagram sites by searching for KateMortonAuthor.