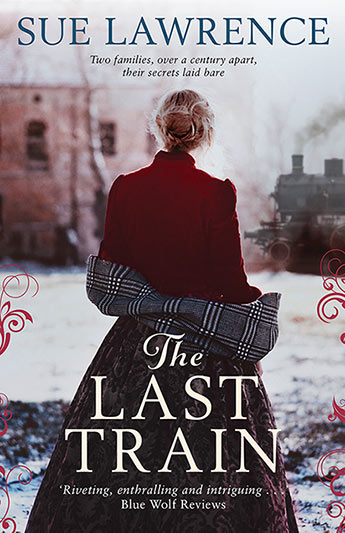 Sue Lawrence serves up a brilliant historical mystery, meticulously researched and densely plotted, with plenty of twists and a gripping climax.

'Once you enter the world of Ann Craig it is very, very difficult to leave until the last page has been read…Riveting, enthralling and intriguing, this is a corker of a read, one that is vivid, real and created with skill and a flair for historic fiction. Fabulous!' Blue Wolf Reviews

At 7 p.m. on 28 December 1879, a violent storm batters the newly built rail bridge across the River Tay, close to the city of Dundee. Ann Craig is waiting for her husband, the owner of a large local jute mill, to return home. From her window Ann sees a shocking sight as the bridge collapses, and the lights of the train in which he is travelling plough down into the freezing river waters.

As Ann manages the grief and expectations of family and friends amid a town mourning its loved ones, doubt is cast on whether Robert was on the train after all. If not, where is he? And who is the mysterious woman who is first to be washed ashore?

In 2015, Fiona Craig wakes to find that her partner Pete, an Australian restaurateur, has cleared the couple's bank account before abandoning his car at the local airport and disappearing. When the police discover his car is stolen, Fiona conducts her own investigation into Pete's background, slowly uncovering dark secrets and strange parallels with the events of 1879.

Sue Lawrence is a journalist who took up writing again after winning BBC Masterchef in 1991. She was the cookery columnist for the Sunday Times then for Scotland on Sunday and also wrote for several magazines and appeared regularly on TV and radio.

She is author of 15 cookbooks and The Last Train, which was published in the UK as The Night He Left, is her second novel.