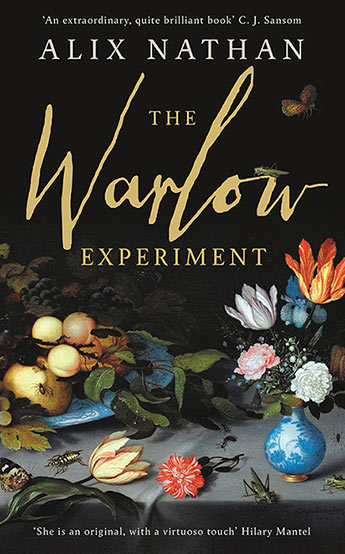 What kind of person keeps a man underground for seven years? And who would agree to be part of such an experiment?

The year is 1792 and Herbert Powyss is set on making his name as a scientist. He is determined to study the effects of prolonged solitude on another human being, though before now Powyss's sole subjects have been the plants in his greenhouse. He fills three rooms beneath Moreham House with books, paintings and even a pianoforte, then puts out an advertisement, hoping for a gentleman recluse to claim the substantial reward.

The only man desperate enough to apply is John Warlow, a semi-literate farm labourer who needs to support his wife Hannah and their six children. Cut off from nature and the turning of the seasons, Warlow soon begins losing his grip on sanity. Above ground, Powyss finds yet another distraction from his greenhouse in the form of Hannah, with whom he rapidly becomes obsessed. Does she return his feelings, or is she just afraid of his power over her family's lives?

Meanwhile, the servants are brewing up a rebellion inspired by recent news from across the Channel. Powyss may have set events in motion, but he is powerless to prevent their explosive and devastating conclusion.

Elegantly told and utterly transporting, The Warlow Experiment is an outstanding literary novel that announces a major new voice in British fiction.
More books by this author More books in this series

Alix Nathan read English and Music at York University. She lives in the Welsh Marches where she owns some ancient woodland with her husband. Her short stories have been published in Ambit, The London Magazine, New Welsh Review and read on BBC Radio 4. Her last two books were published by Parthian Press.