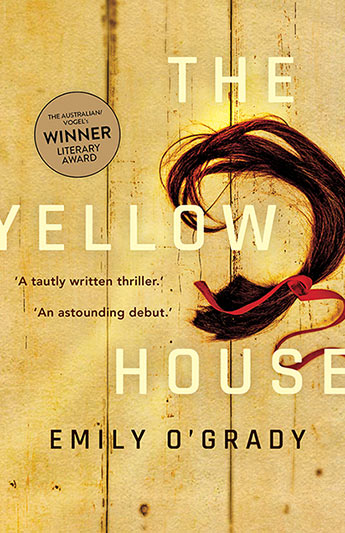 Winner of the 2018 The Australian/Vogel's Literary Award

Even before I knew anything about Granddad Les, Wally and me sometimes dared each other to see how close to the knackery we could get. It was way out in the bottom paddock, and Dad had banned us from going further than the dam. Wally said it was because the whole paddock was haunted. He said he could see ghosts wisping in the grass like sheets blown from the washing line. But even then I knew for sure that was a lie.

Ten-year-old Cub lives with her parents, older brother Cassie, and twin brother Wally on a lonely property bordering an abandoned cattle farm and knackery. Their lives are shadowed by the infamous actions of her Granddad Les in his yellow weatherboard house, just over the fence.

Although Les died twelve years ago, his notoriety has grown in Cub's lifetime and the local community have ostracised the whole family.

When Cub's estranged aunt Helena and cousin Tilly move next door into the yellow house, the secrets the family want to keep buried begin to bubble to the surface. And having been kept in the dark about her grandfather's crimes, Cub is now forced to come to terms with her family's murky history.

The Yellow House is a powerful novel about loyalty and betrayal; about the legacies of violence and the possibilities of redemption.
More books by this author

Emily O'Grady was born in Brisbane in 1991. The Yellow House, her critically acclaimed first novel won the Australian/Vogel's Literary Award and was shortlisted for the People's Choice Prize at the Queensland Literary Awards.