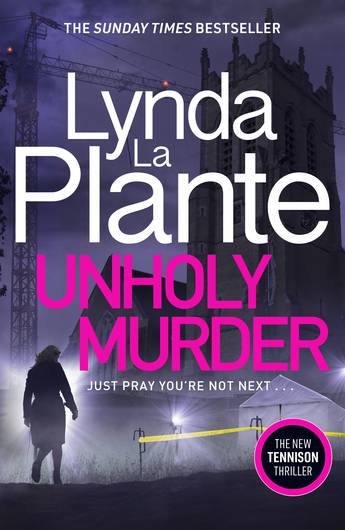 Detective Jane Tennison must lift the lid on the most chilling murder case of her career to date - in the brand new thriller from the Queen of Crime Drama, Lynda La Plante.

A coffin is dug up by builders in the grounds of an historic convent - inside is the body of a young nun.

In a city as old as London, the discovery is hardly surprising. But when scratch marks are found on the inside of the coffin lid, Detective Jane Tennison believes she has unearthed a mystery far darker than any she's investigated before.

However, not everyone agrees. Tennison's superiors dismiss it as an historic cold case, and the Church seems desperate to conceal the facts from the investigation.

It's clear that someone is hiding the truth, and perhaps even the killer. Tennison must pray she can find both - before they are buried forever . . .

'Tough, brilliant and damaged, [Tennison] shook up the genre forever by showing a female detective overcoming sexism and adversity to reach the top' - DAILY EXPRESS

Lynda La Plante was born in Liverpool. She is the author of nearly forty novels, all of which have been bestsellers. She trained for the stage at RADA and worked with the National theatre and RDC before becoming a television actress. She then turned to writing - and made her breakthrough with the phenomenally successful TV series Widows.

Lynda is an honorary fellow of the British Film Institute and was awarded the BAFTA Dennis Potter Best Writer's Award in 2000. In 2008, she was awarded a CBE in the Queen's Birthday Honours List for services to Literature, Drama and Charity.

Lynda La Plante is the first lay person to be awarded an honorary fellowship to the Forensic Science Society. In 2020 she launched the acclaimed Listening to the Dead podcast with former CSI Cass Sutherland, exploring forensic science and its impact on solving crimes.