What Kate Did Next 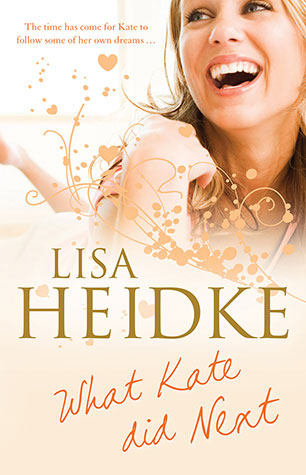 Meet Kate Cavendish - housewife and mother of two - as she dips her toes back into the workforce while trying to juggle kids, a work-obsessed husband, lust for her son's soccer coach . the time has come for Kate to follow some of her own dreams.

Her husband's a workaholic, her kids are growing up - the time has come for Kate to follow some of her own dreams .

It seems like only yesterday that Kate Cavendish was one of the most well-regarded photographers in town. Then marriage and children came along, and Kate's career went from backburner to blindsided.

A chance meeting with a former colleague has Kate dipping her toes back into the workforce and starting to fantasise about new avenues in life. It's time, she decides, to balance the drudgery of 'home duties' with some glamour and fun. The idea of collaborating with appreciative colleagues rather than a recalcitrant, eye-rolling teenage daughter and an often-absentee husband sounds like bliss.

We join Kate on her sometimes scary, sometimes exhilarating, always challenging adventures as she decides what she really wants to do next in her life.
More books by this author

Lisa Heidke studied journalism at Queensland University, fled Brisbane and settled in Sydney where she landed a job as an Acquisitions Editor in book publishing. After a while there, she headed to ACP where she worked as a feature writer on several national magazines. After many years living in Sydney's inner west, Lisa woke up one morning to find herself married with three children and living on the North Shore - much to her surprise and sometimes horror. Since then she has authored two uproarious novels, Lucy Springer Gets Even and What Kate Did Next.