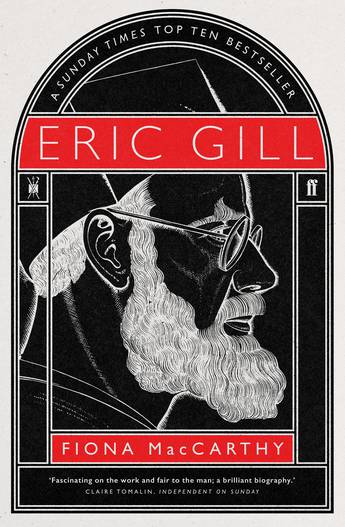 'Fascinating on the work and fair to the man; a brilliant biography.' - Independent
'Scrupulous and sensitive . . . A wise and foolish English eccentric in full glory.' - Observer
'Full of insight and interest . . . A considerable addition to modern biography.' - Times

Eric Gill was the greatest English artist-craftsman of the twentieth century: a typographer and lettercutter of genius and a master in the art of sculpture and wood-engraving. He was a devoted family man and key figure in three Catholic art and craft communities: yet he also believed in complete sexual freedom. In her controversial, landmark biography, originally published in 1989, celebrated biographer Fiona MacCarthy delves into the complex, dark, and contradictory sides of the man and the artist for the first time - and the result is his definitive portrait.
More books by this author

Fiona MacCarthy established herself as one of the leading writers of biography in Britain with her widely acclaimed book Eric Gill, published in 1989. Byron: Life and Legend was described by A. N. Wilson as 'a flawless triumph' and William Morris, described by A. S. Byatt as 'large, delicious and intelligent, full of shining detail', won the Wolfson History Prize and the Writers' Guild Non-Fiction Award. MacCarthy received the 2011 James Tait Black Memorial Prize for biography for The Last Pre-Raphaelite. She was awarded the OBE for services to literature in 2009.Her most recent book is Walter Gropius: Visionary Founder of the Bauhaus, which was Radio 4 Book of the Week in 2019.