IG Farben and the Making of Hitler s War Machine 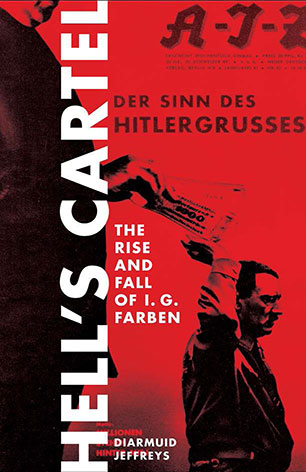 How one of German's leading conglomerates, with one eye on political stability and the other on the main chance, sealed Europe's fate for a generation.

In 1925, in the aftermath of World War One and the vengeful Treaty of Versailles, six of Germany's leading chemical companies banded together in a cartel to protect their business from increasing international competition. The merger succeeded beyond their wildest dreams and within a few years I.G. Farben, as the cartel was named, dominated the lucrative global chemical business.

Yet twenty years later the directors found themselves on trial in the same Nuremberg courtroom that had decided the fates of the surviving leaders of the Third Reich. They were accused, in the words of the prosecutor, Telford Taylor, of being: 'the men who made war possible ... the magicians who made the fantasies of Mein Kampf come true'. How had one of the world's leading companies, whose scientists had won Nobel Prizes, pioneered aspirin and a host of other essential drugs, and whose knowledge and expertise were the envy of the world, fallen from the heights of such success to become Hitler's creature, directly involved in the Holocaust with their experimental I.G. Monowitz plant at Auschwitz?

In this brilliantly researched and compelling book, Diarmuid Jeffreys shines a bright light on I.G. Farben's Faustian pact with the Third Reich to reveal the detailed story of the original military-industrial complex.
More books by this author

Diarmuid Jeffreys is a writer, journalist and television producer who has made current affairs and documentary programmes for British television. He is also the author of The Bureau: Inside the Modern FBI (1996), and Asprin: The Remarkable Story of a Wonder Drug (2004). He lives with his wife and children in Sussex.