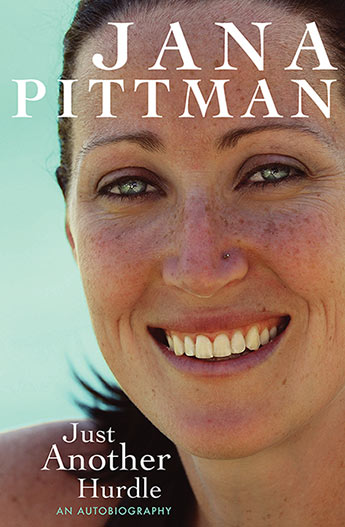 The revealing autobiography of one of Australia's most successful athletes.

'It was wonderful when Jana joined our squad before the Sydney Olympics. She demonstrated straight away that she is fearless, competitive and had an incredible work ethic. We knew then she was something special.' Melinda Gainsford-Taylor
Jana Pittman has represented her country at three Olympic Games, and is the first Australian woman to compete in both a summer and winter Olympics. A two-time World Champion and four-time Commonwealth Champion in the 400m hurdles, she is recognised as one of Australia's greatest female athletes. But there's so much more to Jana than her sporting achievements. Hers is a life fully lived.

Now, for the first time, Jana tells her own story. With honesty, humour and warmth, she frankly details all the missteps, successes and disasters on her fascinating journey from a shy, studious girl to a star on the world stage stunned by the intense media spotlight that comes with sporting triumph, and her new life as a mother of three and doctor in training.
Jana's career is an inspiration to aspiring athletes, but her ability to pick herself up after setbacks that would have crushed most of us and her sheer determination to seize life with both hands serve as a lesson to us all that we can overcome whatever hurdles life puts in our way.

Just Another Hurdle allows us to get to know the extraordinary woman behind the media headlines.

Jana Pittman is now studying a Bachelor of Medicine and Surgery at the University of Western Sydney. She has two children and another due in early 2017, and also runs her own health, fitness and motivational speaking business.