His life and times 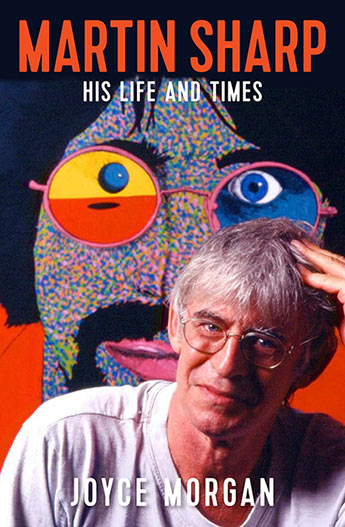 The life of the charismatic, unconventional, unique and surprising Martin Sharp - pop artist and joint founder of the underground magazine Oz

'Martin wore tight pants that were striped red, white and blue, like a Union Jack, and an embroidered Afghan vest. In front of his face he carried, like a lollipop, a smile on a stick. As he went, he bowed to passers-by. Even on King's Road, he stood out.'

Martin Sharp's art was as singular as his style. He blurred the boundaries of high art and low with images of Dylan, Hendrix and naked flower children that defined an era. Along the way the irreverent Australian was charged with obscenity and collaborated with Eric Clapton as he drew rock stars and reprobates into his world.

In this richly told and beautifully written biography, Joyce Morgan captures the loneliness of a privileged childhood, the heady days of the underground magazine Oz as well as the exuberant creativity of Swinging London and beyond.

There was no one like Martin Sharp. When he died, he was described as a stranger in a strange land who left behind a trail of stardust.

Joyce Morgan is a former arts editor of The Sydney Morning Herald, a journalist and author of Journeys on the Silk Road. British-born and Sydney-based, she has worked as a journalist in London, Hong Kong and Sydney and has written on arts and culture for more than two decades.