Master of the Ceremonies 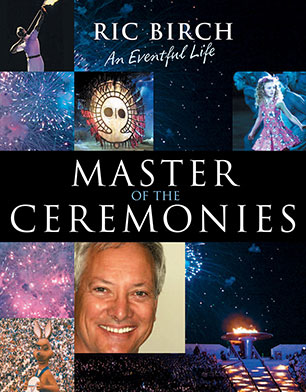 A fascinating insider's tale of the highs and lows of creating truly unforgettable public spectaculars - a gossipy and fascinatingly entertaining memoir from an author consistently in the public eye.;

How would it feel to be the creative mastermind behind some of the world's greatest public spectaculars? No-one will forget the beauty of Barcelona's archer lighting the Olympic flame with a burning arrow or the sheer drama of Cathy Freeman igniting the Olympic torch in Sydney. But what about the unseen and unheard about dramas behind the openings?

Ric Birch knows intimately the highs and lows of producing and directing many of the world's most watched and acclaimed ceremonies. The success of Ric's production at the 1982 Brisbane Commonwealth Games led to the opportunity to work on the opening and closing ceremonies of the Los Angeles Olympic Games. From there Ric's path brought him back to Australia for the six-month long World

Expo 88, and then to the Singapore Silver Jubilee celebrations, the ceremonies for the 1992 Barcelona Olympic Games and of course the magnificent ceremonies of the 2000 Sydney Olympics, amongst many other events, stage shows and television productions.

For the first time, Ric Birch reveals some of the skulduggery behind the ceremonies. He writes of his personal and professional life and of the effects they have on each other. Ric also describes the years of creativity and ruthlessness that precedes each event with humour, amazing detail and with huge affection and respect for his teams'.

This entertaining and fascinating memoir reveals the guts, determination and confidence of the master of the ceremonies, Ric Birch.
More books by this author

Ric Birch started his career by studying for a law degree at Melbourne University. After three years he had made his reputation as a student theatrical producer and director but left little impression on the legal fraternity apart from producing the Law Revue. His first job was with ABC television where he produced and directed many award-winning variety programs.

Ric is currently working on the Opening and Closing Ceremonies of the Winter Olympics in Torino, Italy i

Chapter Six PIE IN THE SKY

Chapter Thirteen ANOTHER OPENING, ANOTHER SHOW

Chapter Fourteen WE GO TO A LAND DOWN UNDER