Confessions of adultery and infidelity 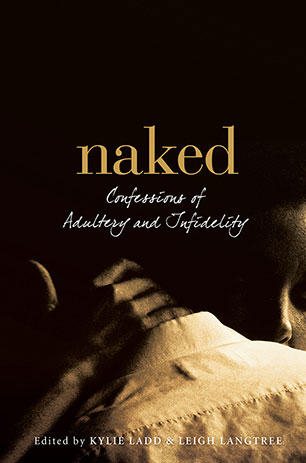 Go on, you know you've been tempted . a collection of compelling, honest and intriguing anonymous confessions of infidelity and adultery, exploring all sides of the equation and from a variety of perspectives.

It's one of the oldest stories in the world. It's in Shakepeare, the Bible, literature of every age and nation; it's in the gossip mags and the agony pages. Boy meets girl, but sometimes, a little while later, boy meets another girl. Or girl marries boy but finds herself drawn to someone else. Does she stay or does she go?

Can anyone in a relationship say they have never been tempted to stray at one time or another? What secrets are we hiding in our hearts? What happens when fantasy becomes flesh, when hearts are broken and lives are ruined?

Naked is the ultimate confessional: a collection of accounts of adultery and infidelity--told by those who gave in to their secret desires; by those who were cheated on; by friends or children embroiled in the affairs; even by those who got no further than temptation.

Searing confessions from the unrepentant, the guilt-stricken, the bewildered, the forgiven, the abandoned and the damned, Naked is a breathtaking, enthralling and painfully honest glimpse into the heart at its most vulnerable, by writers both published and unknown, all anonymous.
More books by this author

ABOUT THE AUTHORS: All are anonymous, and all are writers. Some are published, some not.

ABOUT THE EDITORS: Leigh Langtree and Kylie Ladd are both published authors and journalists. Kylie is a novelist and freelance writer whose work has appeared in The Sydney Morning Herald, The Age, Good Weekend and O magazine, amongst others. She also holds a PhD in neuropsychology and writes a weekly blog for Sydney's Child magazine. She has published four novels: After the Fall, Last Summer, which was highly commended in the FAW Christina Stead Award for fiction, Into My Arms, chosen as one of Get Reading's '50 books you can't put down' for 2013, Mothers and Daughters and The Way Back. Kylie lives in Melbourne with her husband and two children.