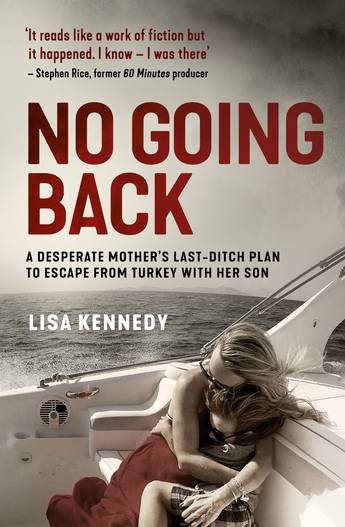 During a routine family holiday to her husband's homeland of Turkey, Lisa Kennedy was suddenly told their marriage was over. Her husband took their six-month-old baby from her care and instructed her to go home to Australia, alone - beginning four years of hell in Istanbul as she fought the case through both Turkish and International courts all the while battling people she once called family, now hell-bent on not letting her leave with her only son.

Lisa fought for Turkish permanent custody and an International Hague return order simultaneously, so that she could return to Australia legally with her child. However, the protracted processes through a foreign legal system kept them in a holding pattern with no end in sight. Finally, with time against her and all faith lost in legal channels, Lisa realised she had only a mother's choice: she had to save her child and get back home by whatever means available. That meant calling on outside help and, to raise awareness about the frailties of international marriage and children, 60 Minutes agreed to film the plight, long before the controversy surrounding Sally Faulkner's children in Lebanon exploded. This is the heart-stopping story that is now unlikely ever to be aired.
More books by this author

This is Lisa's first published book based on true events in her life. She is a budding writer and is studying Journalism and Public Relations. Inspired by her experience, she has joined forces with other parents to start the association Home Again Australia. Please visit her at www.homeagainaustralia.com or at @NoGoingBackbook on Twitter. She lives at home in Australia with her son, who has a relationship with both his parents and sees his father regularly. This book is published using pseudonyms to protect the identity of the child involved and associated parties for legal reasons.