Rolling with the Punchlines 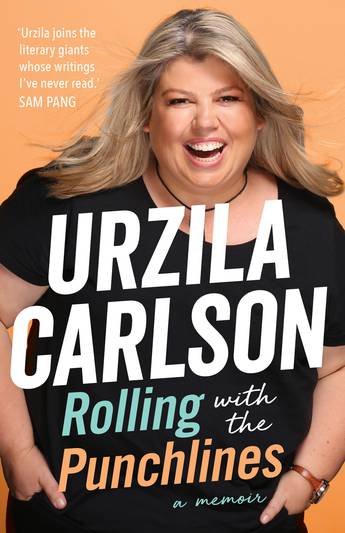 Chuckle, laugh and snigger along with Urzila in this fascinating memoir of a life in comedy.

Updated with new chapters and written with her trademark deadpan humour, Urzila's memoir is full of ripping yarns about both the big and the little things in life.

Urzila's accidental beginning in stand-up has led to an incredibly successful career in comedy, with regular gigs on Channel 10's Have you Been Paying Attention? in Australia and 7 Days in New Zealand, as well as sell-out shows across both countries, appearances at international festivals and a Netflix special.

But life hasn't always been a bundle of laughs. Urzila talks candidly about her childhood within a happy family - apart from her abusive dad - and about growing up in South Africa. She shares crazy but true tales about her travels, her move down under, coming out, getting married and having children, and cracking Australia.
More books by this author

Internationally and locally Urzila is a sought-after act, both as a stand up headliner and as an MC.

Urzila has also sold out festival shows in Perth, Sydney and Adelaide Comedy Festivals, and performed for Just For Laughs at The Sydney Opera House. In New Zealand she has sold out every solo show she's had since 2009.