The Unusual Life of Edna Walling 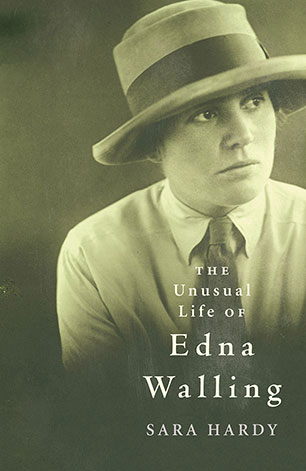 The long-awaited biography of Australian landscape designer Edna Walling, revealing for the first time the woman behind the gardens.

Edna Walling designed over 300 gardens between 1920 and 1960 when most women were homemakers. Today her gardens are still considered to add value to real estate. Her achievements and the gardens themselves are well documented, yet despite the fact she was a fabulous self-publicist and a very unusual woman in her time, Edna's private life has remained a mystery.

Actress and playwright Sara Hardy was compelled to find out what made Edna tick when she was cast as Miss Walling in a play in 1989. Keen to research her character, she discovered that the available material was all about the gardens.

And so began a journey of discovery. Hardy has unearthed amazing primary sources: letters, photographs, stories told to her by Edna's niece, and has been wholeheartedly supported in her quest by the two main documenters of the gardens, Peter Watts and Trisha Dixon. Covering Edna's childhood in Devon and the family's migration to New Zealand and then Australia, Hardy tracks the aspiring designer through the horticultural course at Burnley and charts her transformation from the girl gardener' for the ladies of Toorak to designer of large-scale gardens for wealthy Victorians. She tackles the burning question of Edna's sexuality, and reveals the other women who supported Edna in her extraordinary endeavours.

A deeply personal portrait, The Unusual Life of Edna Walling reveals not so much what Edna Walling did, but who she was as a woman.
More books by this author

Sara Hardy was first introduced to Edna Walling when she was an actor performing the title role in a play called Edna in the Garden in 1989. Like Edna, she was born in Devon but has ended up making Australia her home. She trained at the Dartington College of Arts and worked with theatre companies all over Britain. In recent years she has become a fully-fledged playwright and her largely biographical pieces including Vita! - A Fantasy and She of the Electrolux have been performed in Britain, USA, Canada and Australia. In 2004, Sara was awarded the inaugural Peter Blazey Fellowship at the University of Melbourne for her work on Edna Walling.

12 On this mountain it is always green