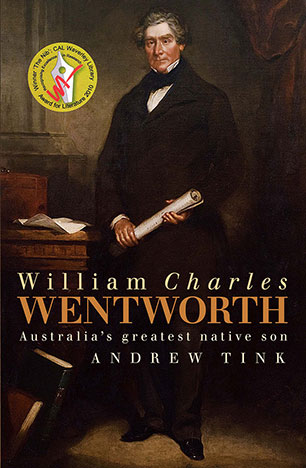 An explorer, a master political manipulator, a barrister, a newspaper proprietor and a physical giant of a man who was afraid of nothing and no one, William Charles Wentworth was in every sense Australia's founding father. His story is the story of colonial Australia.

Winner of 'The Nib': CAL Waverly Library Award for Literature 2010

'A racy view of a rollicking life.' - The Australian

'The Wentworth that emerges from this engagingly written biography is larger-than-life, picaresque even, almost something like something from a Fielding novel.' - The Age

'Rarely have I enjoyed reading a biography as much as this one. So much of it cries out to be quoted.' - Canberra Times

Described by Manning Clark as 'Australia's greatest native son', William Charles Wentworth led a life of firsts. A man of rat cunning, great intelligence and sharp wit, he wrote the first book by an Australian to be published, was joint editor and proprietor of the colony's first independent newspaper, and founder of Australia's first university. But more importantly, with ruthless energy and a volcanic personality this 'convict brat' spent his life as an unrelenting advocate for comprehensive trial by jury, self-government and an Australian Confederation. Articulating a distinctly Australian identity to the world, he has a strong claim to be a founding father of modern Australia.

Wentworth's great personal achievements have been largely forgotten - until now. Andrew Tink, who for nineteen years sat under the looming presence of Wentworth's portrait in the New South Wales Parliament, WC has turned his gaze to this great man of Australian history. The result is a biography that is long overdue and a fascinating and richly rewarding insight into the life of this complex man and the young nation he helped to create.
More books by this author

Until March 2006, Andrew Tink was Shadow Attorney General and Shadow Leader of the House in the New South Wales Parliament. Since retiring from Parliament, Andrew has concentrated on two of his great passions - writing and history. His most recent book is Lord Sydney: the life and times of Tommy Townshend.