One woman's fight for freedom and Falun Gong 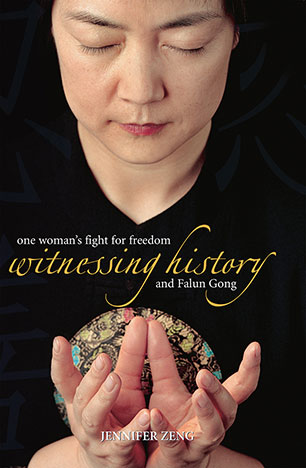 One woman's harrowing story of imprisonment and survival in the face of the Chinese government's persecution of Falun Gong.

On 23 May 2000, the Chinese government sentenced Jennifer Zeng to reeducation through forced labour. Her fellow inmates were drug addicts, prostitutes and traffickers in pornography. Jennifer's only crime was her belief in the three tenets of Falun Gong Truthfulness, Compassion and Forbearance.

Struggling with a life-threatening illness and a need to understand her place in the world, Jennifer had immersed herself in many Western and Eastern philosophies before finally finding the answers she was seeking in Falun Gong. A few short years later her newfound faith saw her blacklisted and imprisoned in a purpose-built labour camp. Jennifer was forced to squat for hours in the blistering sun, endure hours of physical and verbal abuse, and knit garments until her hands bled to feed the booming Chinese economy. During this time Jennifer saw many fellow Falun Gong practitioners tortured. Some died, many more remain in the camps today.

This is the powerful and moving story of how a bright, successful young scientist and happily married mother survived detention and torture, only to be forced to flee her family and homeland to seek asylum in Australia.

A raw and compelling memoir, one which provides a fascinating glimpse into everyday life in China, Witnessing History also exposes a bureaucracy still struggling to disentangle itself from the constraints of Mao's Cultural Revolution.
More books by this author

Jennifer Zeng was born in China and graduated with a Masters of Science in geochemistry from Peking University. Jennifer began practicing Falun Gong in 1997 and was arrested four times before being sentenced to one year's re-education in a Labour Camp. There she was tortured and brain-washed. In 2001 Jennifer was released and fled to Australia where she started writing an account on her experiences. Today she lives in Sydney where she has recently been joined by her young daughter.

Part I A new existence