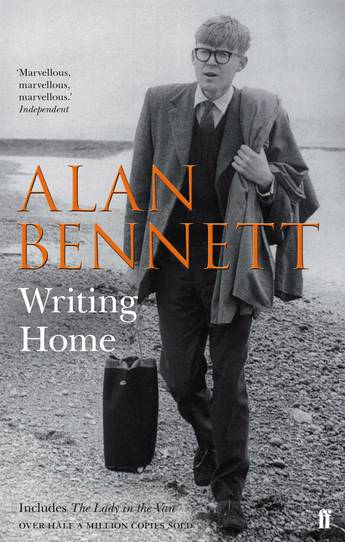 A wonderfully entertaining collection of Alan Bennett's writings, and the companion volume to Untold Stories.

This book brings together his diaries for 1980-1995, with reminiscences and reviews, the diary he kept during the production of his very first play, Forty Years On, which starred John Gielgud, together with hilarious accounts of his many television plays, notably An Englishman Abroad and A Private Function.

At the heart of the book is The Lady in the Van, the true account of Miss Mary Shepherd, a homeless tramp who took up residence in Bennett's garden and stayed for fifteen years. From his now-legendary address at Russell Harty's memorial service to recollections of growing up in Leeds, Writing Home gives us a unique and unforgettable portrait of one of England's leading playwrights.
More books by this author

Alan Bennett has been one of our leading dramatists since the success of Beyond the Fringe in the 1960s. His television series Talking Heads has become a modern-day classic, as have many of his works for stage including Forty Years On, The Lady in the Van, A Question of Attribution, The Madness of George III (together with the Oscar-nominated screenplay The Madness of King George), and an adaptation of Kenneth Grahame's The Wind in the Willows. At the National Theatre, London, The History Boys won numerous awards including Evening Standard and Critics' Circle awards for Best Play, an Olivier for Best New Play and the South Bank Award. On Broadway, The History Boys won five New York Drama Desk Awards, four Outer Critcs' Circle Awards, a New York Drama Critics' Award, a New York Drama League Award and six Tony's. The Habit of Art opened at the National in 2009. His collection of prose, Untold Stories, won the PEN/Ackerley Prize for autobiography, 2006. The Uncommon Reader was published in 2007 and Smut in 2011. The film of The Lady in the Van, starring Maggie Smith, was released in 2015 with the tie-in edition spending several weeks on bestseller lists.