How we wrangled, conned and argie-bargied our way into the new digital universe 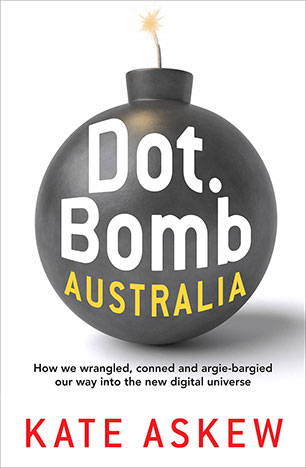 The inside story of the internet boom and bust, of the business deals which made headlines, and the colourful cast of characters behind them.

Google became a verb, countries waged war games in the new digital universe and WikiLeaks sent shockwaves through a superpower. We got to this point from a place that was called the dot.com bubble.

Few booms in Australia have been faster or more furious than this bubble. The brightest and best investors dived in, technology geeks grew into overnight millionaires and miners stopped digging dirt and started surfing the net. The market surged and crashed, as the dot.com bubble became the dot.com bomb.

Australia witnessed a truly extraordinary efflorescence of unrestrained investment fervour. Tagged as 'irrational exuberance' by Alan Greenspan during the boom's formative period, it became a wild moment of fin de siecle and millennial madness. A new way of valuing companies (on cash flow entirely, rather than boring old profitability) was invented to match the new technology in play. What began with internet services and telecom start-ups stretched to any kind of business that could be sold on the net - from Balmain bugs to sex toys. Some entrepreneurs jumped off the rollercoaster as millionaires; more stayed on, crashed or sank without trace.

While there have been a number of books in the USA on this extraordinary historical period, this is the first comprehensive, colourful telling of the wild Australian ride. And looking back, we learn that while the internet promised to level the business playing field it has in fact done the opposite, as the market dominance of Google, Apple and Facebook attest.

Kate Askew was a senior finance writer at the Sydney Morning Herald for eleven years and was the compiler of its CBD Column during the height of the Dot Com Bubble. This is her first book.