A Small Book About Drugs 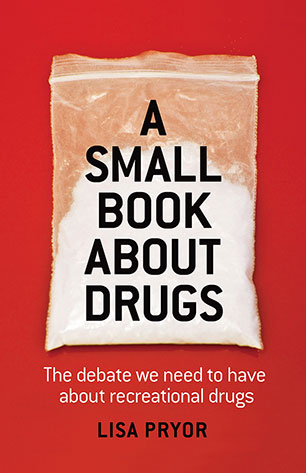 Most people who use recreational drugs haven't had their lives destroyed, aren't living on the streets, and enjoy normal and unscathed relationships with families, friends and the world. So why is it that discussion about drugs and drug policy only reflects tragedy that ends with death, jail or addiction? Why is it that the only politically acceptable position on the use of drugs is one of prohibition?

With nearly a quarter of people in their twenties now trying ecstasy, and half dabbling with marijuana, in many families recreational drug use remains one of the last intergenerational silences left between baby boomers and their adult children. Lisa Pryor captures the zeitgeist in this considered yet punchy exploration of the real world of drug use today. It is the skewed nature of the debate, she argues, that has worsened rather than fixed many of the very real problems drug use can cause.

This is an intelligent and personal look at the complex issue of recreational drug use. It will change the terms of the debate forever.

Since graduating with a degree in law, Lisa Pryor has firmly established herself as an incisive and entertaining social commentator through her popular opinion column for the Sydney Morning Herald and her previous book, the cult hit The Pin Striped Prison. She is now studying medicine, inspired by a night in a hospital emergency ward researching this book.