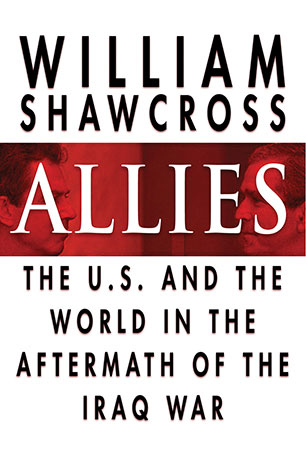 In this landmark book, William Shawcross examines the state of the Western Alliance after the Iraqi War and makes - powerfully, persuasively, controversially - his case for the removal of Saddam Hussein's government.

The Cold War certainties that had seemed so fixed in the 20th century were overturned by the war in Iraq. Saddam's forces were the battlefield victims of a brutally quick war of shock and awe. No less shocked and awed were some of America's former allies: old Europe, large blocks of the United Nations, and half the G8 nations suddenly found themselves outside the chain of command and influence. Bush, Blair and their allies were driven by a new global vision. Their mission, expressed with great moral certainty, has been called imperialist.

In this landmark book, one of Britain's most admired journalists William Shawcross examines the state of the Western alliance after the Iraqi War and makes - powerfully, persuasively, controversially - his case for the removal of Saddam Hussein's government, which he states was simply inevitable after the events of September 11: a terrible event that ushered in a new era with new rules.

With his trademark eloquence Shawcross shows what the future will hold for Iraq, Israel and the Middle East, how Western alliances will be changed forever, and demonstrates that the war was the definite proof that a new era of 21st Century international politics has begun.

William Shawcross is an internationally renowned commentator on issues of international law and policy whose articles have appeared in leading newspapers and journals throughout the world. He is the author of the classic evisceration of US policy in Cambodia, Sideshow: Kissinger, Nixon and the Destruction of Cambodia, and Deliver Us From Evil: Warlords and Peacekeepers in a World of Endless Conflict, an examination of the UN's role in 90's peace-keeping. He lives in London.

It is an intellectual pleasure to read William Shawcross clear-sighted, objective and rational (and) a relief from the usual fare of fantasizing served up by our standing army of the self-righteous.' Independent on Sunday

The foremost journalist of his generation' Irish Times

Shawcross is quite simply one of the best reporters of his generation.' Daily Mail
More books by this author

William Shawcross is an internationally renowned writer and broadcaster. He has written a half-dozen major books on issues of international law and policy. His Sideshow: Kissinger, Nixon and the Destruction of Cambodia is a classic. Other books have dealt with the role of the UN in 90's peace-keeping, the saga of the Shah of Iran, and Rupert Murdoch. He is often featured on television and radio and his articles appear regularly in leading newspapers and journals throughout the world. He lives in London.

The Gate of Fire

The Collapse of Consensus

The Right Thing to Do

A Note on the Sources