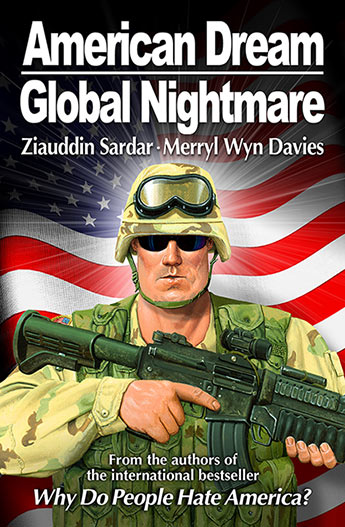 Download cover
Availability: Not available to order from this website, please try another retailer
Ziauddin Sardar and Merryl Wyn Davies' Why Do People Hate America? asked how America is seen elsewhere in the world.This is their hard-hitting sequel. How does America perceive itself?

The American nation built its identity out of myths, from the founding fathers, the pioneering spirit and its simple moral code, to the belief in the freedom of the individual, self-reliance and the right to bear arms. Today these myths have been translated into the freedom of corporations to build their empires globally and of government to protect the national interest by making forays into 'Indian territory' - Vietnam or Iraq - with the same moral force as the early pioneers.

Hollywood has followed suit, manufacturing its own versions of the American Dream from It's a Wonderful Life to the dark violence and paranoia of The Terminator.

American Dream, Global Nightmare brings into sharp focus the merger of celebrity, corporate power, government and empire which has become an essential part of America's belief in itself as a nation.

Political fact and Hollywood fiction have become blurred - a delusional state that enabled Arnold Schwarzenegger to be elected as a politician. Much more dangerously for the rest of us, it is this delusion that has led to the conviction that the manufactured myths which underpin America's 'virtual democracy' are universal. It's not just more moderate Americans who should worry - the dream is already a nightmare throughout the world.
More books by this author

Ziauddin Sardar is a hugely renowned writer, broadcaster, journalist and critic. 'Britain's own Muslim polymath' (Independent) has become one of the UK's leading intellectuals. He lives in north London.

Merryl Wyn Davies is a writer, anthropologist and former television producer for the BBC. She has toured the world discussing her views on America. She lives in Merthyr Tydfil, south Wales.