The Opioid Tragedy in Three Acts 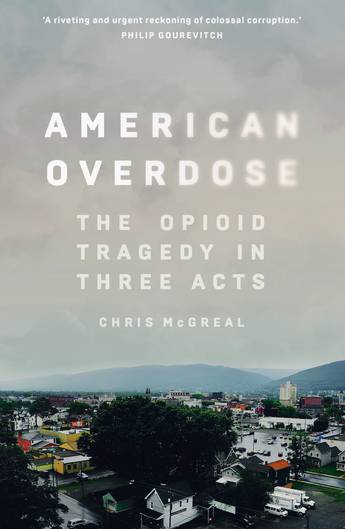 A devastating portrait of America's opioid painkiller epidemic - the deadliest drug crisis in US history.

One hundred and fifty Americans are killed each day by the opioid epidemic, described by a former head of the Food and Drug Administration as 'one of the greatest mistakes of modern medicine'. But as Chris McGreal reveals in American Overdose, it was an avoidable tragedy driven by bad science, corporate greed and a corrupted medical system.

In a narrative brimming with the guilty, the victims and the unlikely heroes, Chris McGreal travels from West Virginia pill mills to the corridors of Washington DC as he unravels the story of Big Pharma's hijacking of American healthcare and politics to push mass prescribing of 'heroin in a pill'.

He meets the police and FBI agents who struggled to get prosecutors to go after doctors they called 'drug dealers in white coats'; the families devastated by painkillers they thought would heal, not kill; and the physicians and scientists who took on the drug companies behind the epidemic. The result is an immensely powerful account of the terrible human cost of the crisis, and a stark warning of the consequences of a healthcare system run as a business, not a service.
More books by this author

Chris McGreal is a senior writer at the Guardian and former journalist for BBC. He has published several articles on the opioid epidemic in America. He has worked in Johannesburg and Jerusalem, as well as Central America, and now lives with his family in Portland, Oregon.