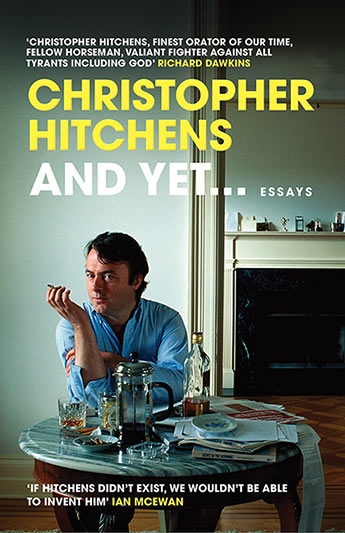 These seminal, uncollected essays by the late Christopher Hitchens showcase the notorious contrarian's genius for rhetoric, and offer sharp rebukes to tyrants and the ill-informed everywhere.

Christopher Hitchens was an unparalleled, prolific writer, who raised the polemical essay to a new art form, over a lifetime of thinking and debating the defining issues of our times. As an essayist he contributed to the New Statesman, Atlantic Monthly, London Review of Books, TLS and Vanity Fair. Any publication of a volume of Hitchens' essays was a major event on both sides of the Atlantic. Now comes the last of the last; a volume of Hitchens' previously unpublished essays, covering the themes that define Hitchens the thinker: literature, religion and politics. These essays remind us, once more, of the fierce, brilliant and trenchant voice of Christopher Hitchens.

Christopher Hitchens (1949-2011) was a contributing editor Vanity Fair and a colummnist for Slate. He was the author of numerous books, including works on Thomas Jefferson, George Orwell, Mother Teresa, Henry Kissinger and Bill and Hillary Clinton, as well as his international bestseller and National Book Award nominee, God Is Not Great. His memoir, Hitch-22, was nominated for the Orwell Prize and was a finalist for the National Book Critics Circle Award.

'Christopher Hitchens was a wit, a charmer, and a troublemaker, and to those who knew him well, he was a gift from, dare I say it, God' Graydon Carter, Vanity Fair

The most recent of his numerous books are the international bestsellers God is Not Great, Hitch-22, Arguably and Mortality.