Another Day in the Death of America 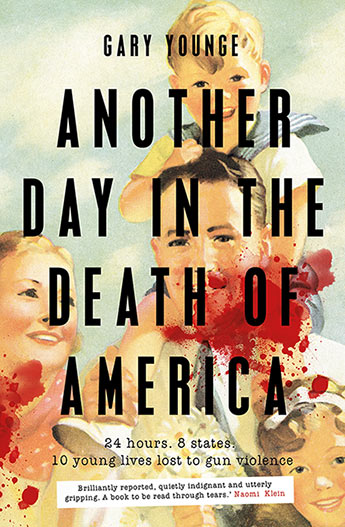 From the much-admired correspondent comes a powerful, moving and important book on the effect of gun crime on children in the US.

On Saturday 23 November 2013 ten children were shot dead. The youngest was nine; the oldest was nineteen. They fell in suburbs, hamlets and ghettos. None made the national news. It was just another day in the death of America, where on average seven children and teens are killed by guns daily.Younge picked this day at random, searched for their families and tells their stories. What emerges is a sobering, searing, portrait of youth and guns in contemporary America.
More books by this author

Gary Younge is an award-winning journalist for the GUARDIAN and THE NATION magazine in the US. He was posted to the US for the GUARDIAN for 12 years before returning to London in 2015. In 2009 he won the James Cameron Award for the combined moral vision and professional integrity of his coverage of the Obama campaign. In 2015 he won the David Nyhan Prize for Political Journalism from Harvard's Shorenstein Center. It's the powerless on whose behalf he writes, said the centre's acting director.Younge's previous books include THE SPEECH, WHO ARE WE?, STRANGER IN A STRANGE LAND and NO PLACE LIKE HOME. Formerly the Belle Zeller Visiting Professor of Public Policy and Social Administration at Brooklyn College, CUNY, he is also the Alfred Knobler Fellow for The Nation Institute.@garyyounge