The Godfathers of Modern Brazil 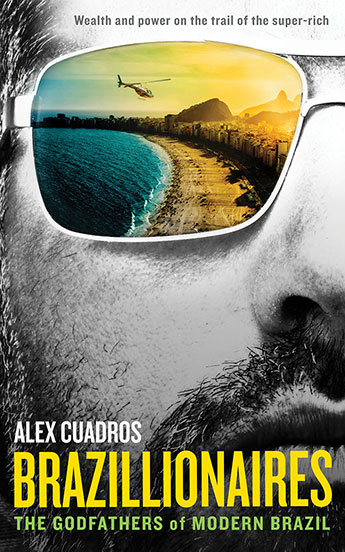 In 2012, Brazilian tycoon Eike Batista was the eighth richest man in the world, his $30bn fortune built on Brazil's incredible natural resources. By the middle of 2013 he had lost it all, engulfed in scandal. Brazillionaires is a fast-paced account of Batista's rise and fall, and of the rise and rise of the hyper-rich, not just in Brazil but the world over: a story of helicopter flights, high-speed car crashes and beach-front penthouses. But it is also an investigation into a country apparently poised to become a superpower, yet beset by endemic inequality and corruption.

Stefan Zweig said in 1941 that Brazil was the country of the future; Brazilians joke that it always will be. Today, despite recent turmoil, that future seems closer than ever. It is the world's seventh-largest economy, companies like Heinz, Budweiser and Burger King are now controlled by Brazilian investors and Rio de Janeiro is hosting the 2016 Olympics. The brazillionaires have ridden the crest of Brazil's wave of progress; through them Brazillionaires tells the story of their country's past, present and future.
More books by this author

Alex Cuadros is a freelance journalist and writer based in New York. He spent six years living in S.o Paulo and has written for the New York Times, Boston Globe, Washington Post and Bloomberg, where he was a dedicated 'billionaires reporter'. This is his first book.