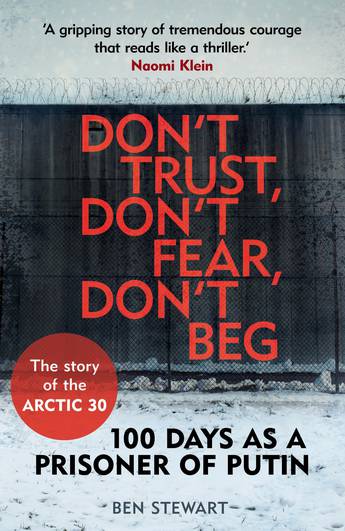 The gripping tale of the Greenpeace activists who endured a hundred days in a Murmansk isolation jail.

There is a saying in Russian jails. Ne ver ne boysya ne prosi: don't trust, don't fear, don't beg. Don't trust because life here will always disappoint you. Don't fear because whatever you're scared of, you are powerless to prevent it. And don't beg because nobody ever begged their way out of a Russian prison cell.

The plan was to attach a Greenpeace pod to Gazprom's platform and launch a peaceful protest against oil being pumped from the icy waters of the Arctic. However, heavily armed commandos flooded the deck of the Arctic Sunrise and the Arctic Thirty began their ordeal at the hands of Putin's regime. Told in the activists' own words and for the first time, this is a dramatic and inspiring story of incarceration and the ensuing emotional campaign to bring the protestors home.
More books by this author

Veteran Greenpeace activist and former Guardian Student Journalist of the Year Ben Stewart has had exclusive access to all thirty activists, as well as dozens of hours of interviews with Russian sources, Greenpeace campaigners and high-profile supporters from Paul McCartney to Martin Sixsmith.